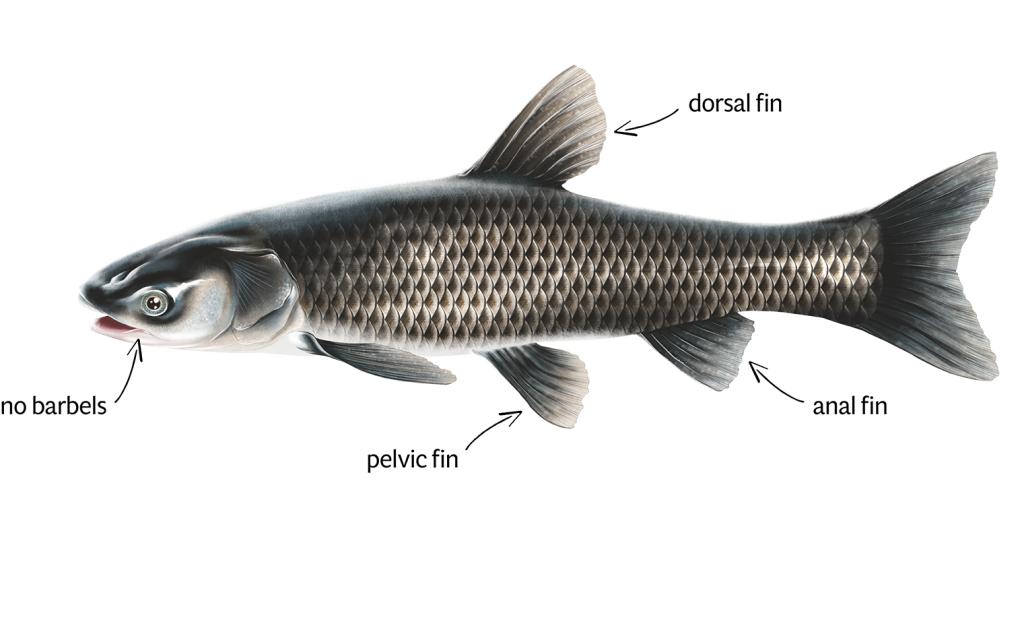 They prefer habitats in the lower reaches of rivers and lakes with spawning occurring in areas of high turbulence.

Young black carp feed primarily on zooplankton and later on insect larvae and detritus. Adult black carp feed primarily on mollusks, such as mussels and snails, using their pharyngeal (throat) teeth to crush the shells. They also eat freshwater shrimp, crawfish, and insects. At all life stages, black carp will compete for food with native species. In addition to decimating native mussel populations, this species can also negatively impact native fish, turtles, birds, raccoons, otters, and muskrats, through competition for food.

Origin: Large rivers and lakes in eastern Asia from southern Russia to southern China and Vietnam.

The scales on the back and sides are highlighted by pigments, which gives a checkered appearance. 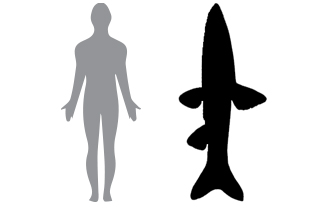 Learn about the other species